Reviving a Leviathan at Burton Constable 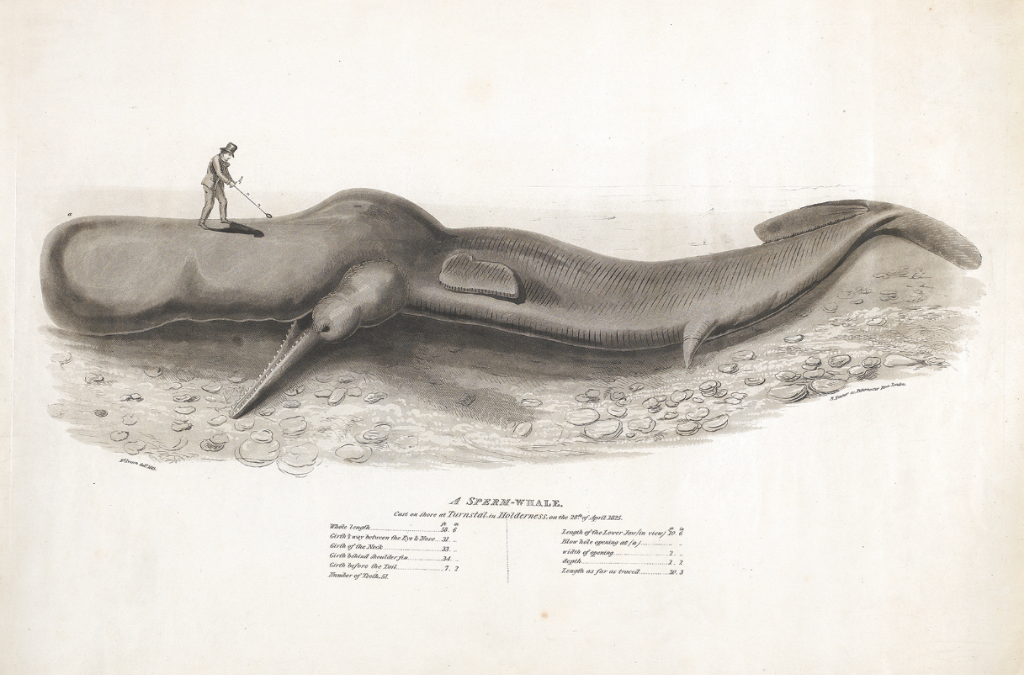 This summer to mark the bicentenary of famous American writer Herman Melville, Burton Constable Hall in East Yorkshire are launching an ambitious project to bring to life the gigantic sperm whale skeleton that lives in its stable block.

Stranded on the Holderness Coast in 1825 this whale was claimed by Sir Thomas Aston Clifford Constable through his rights as Seignior of Holderness. A Hull doctor James Alderson dissected the whale on the beach where it was found and presented a paper on it to the Royal Cambridge Philosophical Society – one of the first scientific studies of a whale.

A wonder of its time, the skeleton was mounted on an iron structure and placed on display in the parkland. Scientists, writers and tourists flocked to see it. Herman Melville was so inspired by the sight that he described the scene in his seminal work Moby Dick, making it the only real-life whale to appear in that story.

Moreover, at a place in Yorkshire, England, Burton Constable by name, a certain Sir Clifford Constable has in his possession the skeleton of a Sperm Whale…Sir Clifford’s whale has been articulated throughout; so that, like a great chest of drawers, you can open and shut him, in all his bony cavities – spread out his ribs like a gigantic fan – and swing all day upon his lower jaw.

Locks are to be put upon some of his trap-doors and shutters; and a footman will show round future visitors with a bunch of keys at his side.

Sir Clifford thinks of charging twopence for a peep at the whispering gallery in the spinal column; threepence to hear the echo in the hollow of his cerebellum; and sixpence for the unrivalled view from his forehead.

In the centuries that followed however the skeleton became neglected, mouldering quietly in the parkland. Many local residents remember playing on it in the mid 20th century. Today Burton Constable is launching an appeal to reclaim bones which are believed to have been taken from the site as souvenirs during this time.

In 1995 the whale was recovered from the grounds, before being conserved and placed on display in the Great Hall at Burton Constable in 2009. The charitable foundation that runs the site now hopes to reunite the lost bones with the skeleton as part of an ambitious bid to further conserve this historically significant specimen for the enjoyment of future generations, with an aim to redisplay it in the manner in which Melville first saw it.

The bicentenary of Melville’s birth will be celebrated at the Hall this summer by an exhibition of work by internationally-acclaimed artist Caroline Hack in the Carriage House, the foundation’s community exhibition space. Entry will be included with standard grounds admission charges