Spring is worth the wait at Thorp Perrow 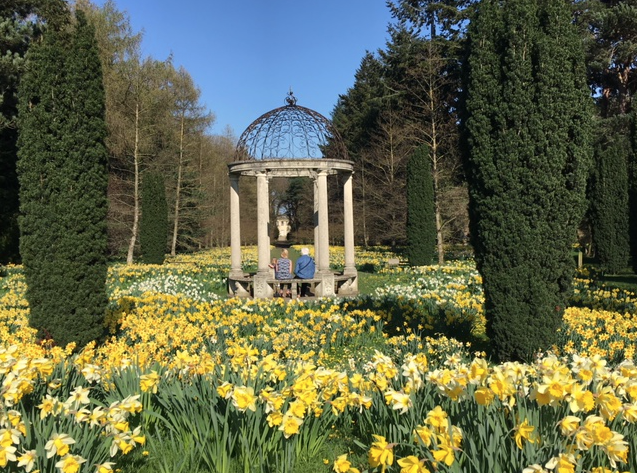 It may have felt like Winter lasted for months, but the poor weather conditions have had spectacular results at Thorp Perrow, near Bedale, where Spring flowers are blooming simultaneously across the Arboretum.

The cold Spring with late snowfall held the Daffodils back by almost 3 weeks, resulting in all the varieties flowering together, in what has undoubtedly been one of the best displays the Arboretum has seen. Although a short season, the Daffodils are expected to last into next week.

The late flowering Daffodil season is now coinciding with other Spring blooms. Scores of wildflowers carpet the Arboretum floor, including Scilla, Wood Anemones, Fritillary, Violets and Primroses. Looming overhead, coloured mists created by hundreds of flowering trees and shrubs such as Magnolia, Cherry and Forsythia fill the air with delicate scents and colours ranging from whites to deep pinks and bright yellow.

Arboretum Curator, Faith Douglas said, “The cold and wet weather has resulted in our spring flowering bulbs, shrubs and trees blooming later than usual and everything has burst into flower at once, creating an explosion of colour throughout the Arboretum!”

The season is expected to continue wowing visitors into May as Forget-Me-Nots, Campion and Bluebells creep into the woodland, creating a scenic backdrop to a late springtime walk. Thorp Perrow boasts one of the most spectacular and extensive Bluebell displays in the North.

Thorp Perrow is offering visitors the chance to see the Arboretum at its Spring best with guided tours: A Lunch in the House event on 25th April with guest speaker David Alderman, Honorary Director of the Tree Register of the UK and Ireland; and the Curator’s Spring Tour on 13th May.